Some people who read Paige’s story might have strong opinions regarding the issues that she so bravely addresses in this guest post. I ask in advance that everyone in our community read her story with a tender heart, and that all comments regarding this post and her journey remain committed to that tenderness.

In this week’s “Tell Me More Tuesday,” I am honored to introduce you to Paige Sears. Paige and I met on a Facebook page of a mutual friend, and her bravery, honesty and willingness to help others instantly got my attention. After “meeting” online, Paige and I have been able to meet in person for coffee, conversation and connection on multiple levels. When she asked to share her story on the blog, I didn’t hesitate to type YES!!!! in font that can only be described as an “e-scream.”

Thanks for sharing your story of changing lanes, Paige. Your bravery and honesty are a gift to all that know you. 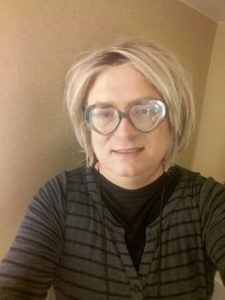 Finding the courage to come out as a transwoman was not an easy thing for me to do. I grew up in an Independent Baptist home where my parents were extremely religious and I had attended a very strict Christian high school and college. However, as a 48-year-old transwoman, I quickly realized I was going to have to start not really giving a shit what other people thought of me. I know that I have to do the right thing for me and I have learned not to feel guilty about it. This is my story of making that transition. 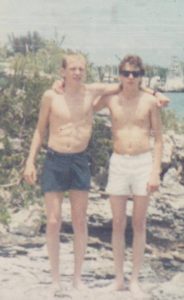 Around 2008, after spending about 10 years going through a Christian gay-to-straight sexual retraining program, I came to the conclusion that this type of “therapy” was not working. Although I consider myself bisexual, I realized that my sexual interest leaned toward men and I needed to finally admit that to myself and to the rest of the world.  At this time I was still presenting myself as male (not female) and I saw myself as a gay man. I came out to world as gay on Facebook.  That resulted in some shockwaves that I felt after I received some less than positive responses from my family and religious friends. 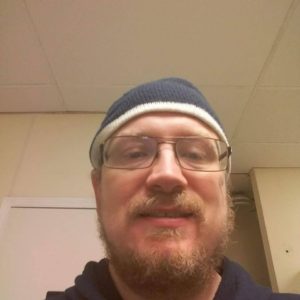 Paige before her transition, living as a gay man

Still, through the help of a lot of accepting friends, I was able to work through my new identity as a gay man and began to accept myself as gay. However, looking back now, even at that time I knew something still did not feel right.  As soon as I came out as gay I started to dabble in cross-dressing, but it took me quite a while to accept and realize that it was more than an interest, and that I truly was a transwoman.

Breakthrough #1: Realizing I was not alone

Before I could find the courage to transition, I had to find the courage to revisit my religious upbringing and decide for myself what I believed about God. There were definitely difficult days during that process. I was kicked out of the Facebook group created by former classmates of my Christian high school for talking about questionable practices that had gone on in the school. Determined to have more open communication about these past events, I decided to create my own Facebook group with former classmates to continue the discussion.

Something amazing happened when I started this group. Over 250 former students have joined the group and we started to share experiences of abuse at the hands of religious leaders. It was quite eye-opening for me to see that many others who attended the school had similar stories of religion being used to control people. I started to realize that much of the homophobia and transphobia from the Christian community that I had experienced was just plain wrong and misguided. It was both heartbreaking and healing to read the shared stories of others.

Breakthrough 2: Seeing a counselor for past spiritual trauma

One of the great results of starting the Facebook group was that I created a friendship with a former classmate who had similar symptoms of psychological and emotional damage created as a result of our Christian school experience. She was going to a counselor who helped her deal with her past trauma.  After my father passed away in March 2016, I began seeing her counselor. Later, I found out this counselor is an expert in dealing with those wounded at the hands of out-of-control religious organizations.

This counselor really changed my thinking about religion and myself in a very positive way.  It was gradual, but after seeing him I began to realize two very important things: 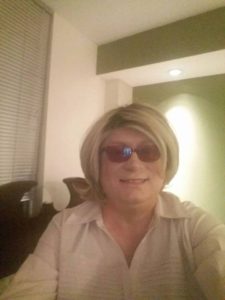 Ready to Make the Change

After these breakthroughs I knew I was ready to transition and start presenting myself as a woman full-time, but I wanted to relocate from my current home and make a “fresh start.”  The timing was good, as my two kids were getting older and would soon be leaving the nest. It was time to find a new place. In April 2017, I found a downtown condo and moved in. People seemed to be much more accepting in my new area and I felt comfortable right away.

By the summer of 2017, I was presenting myself more and more as a woman.  My watershed transition moment came in August 2017. I had just bought a pink dress, pink shoes, pink stockings and pink glasses and I decided to ride the Kansas City downtown streetcar wearing my outfit.

I was extremely nervous and self-aware the whole time I was on the streetcar. I honestly tried to avoid eye contact with anyone and I wouldn’t dare talk to anyone. The streetcar eventually got crowded and a lady sat next to me. Still to this day, I have no idea what she looks like because I did not want to look anyone in the eye. But she complimented me on my outfit and that was it–I knew I could transition.  IF I COULD RIDE THE STREETCAR DOWNTOWN I COULD DO ANYTHING. By September 2017, I had informed my employer that I was transitioning to a woman.

Embracing life as a transwoman 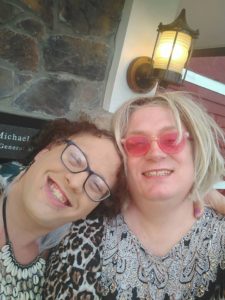 Paige with her girlfriend and roommate, Jayne

If you or someone you know is thinking about transitioning, here are a few of the things that helped me:

Side Note: I prefer the phrase “blend in” much more than “passing as a female.” 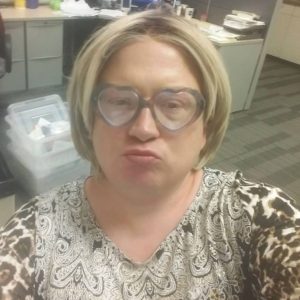 GENERAL ETIQUETTE  AND ADVICE  WHEN MEETING TRANSMEN AND TRANSWOMEN

Thanks for letting me share with you some of my experience.  Please feel free to send me an email if you have any other questions at paigesears@yahoo.com and please visit my website at www.theworldofpaigesears.com

Paige Sears is a 48-year-old transwoman with a B.S. in Communication from Liberty University and a Masters in Marketing Journalism from Kansas University in 2005.  Paige has been married and divorced once.  From that marriage she has 2 sons, ages 21 and 18 respectively.  Paige presently works as the Adaptive Technology Coordinator for Metropolitan Community College where she has worked with students with disabilities for over 13 years. Paige Sears has her own website www.theworldofpaigesears.com 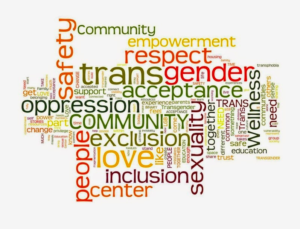