I had to buy new underwear the other day, and it was devastating. It’s not because my other pairs are ratty, it’s because they no longer fit. Super-humbling, for sure. I bought the cheapest economy pack I could find at Costco, because I hope soon it will be tossed in the trash and I can go back to the smaller, prettier pairs that are currently cutting off my circulation and threatening to rip at the seams every time I reach down to tie my shoes. Speaking of tying my shoes, I swear the elastic in my running shorts was so tight the other day that I got lightheaded when I bent down to do the double-knots. This is ridiculous. The scale says I’m up 20 pounds since this time last year and I want to chalk it up to fake news, but the chirping noise my thighs make when they rub together tells me otherwise. This year has been super-hard on me, and I’m bearing the weight not just mentally but physically as well.

I know how I got here. Food has always been my drug of choice when it comes to self-comfort. I remember being in first grade and convincing my parents that I needed a second cheeseburger at McDonald’s, I would make myself an extra sandwich mid-afternoon when I got home from school. I am a card-carrying member of the “clean plate club.” I can’t explain it to people that aren’t food addicts, except to say that I would look forward to the high and short-lived euphoria of a full tummy the way an alcoholic yearns for a shot of whiskey—just something to take the “edge” off, even if it didn’t last. 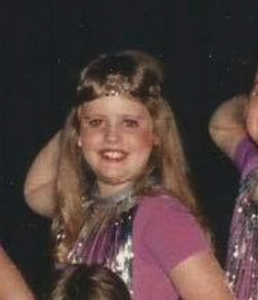 Me, around 4th grade. Rocking that sequin headband and purple leotard like a boss.

By mid-elementary school, I was definitely chubbier than most of my friends. I loved dance class, and every week I was forced to squeeze my round belly and booty into tights and a leotard and stand next to the other girls around me. I was teased by boys and girls alike by the time I was in third grade. I was extremely sensitive about it, and I felt that it made me less likeable and somehow less worthy of love than other kids. I dealt with these feelings of being inferior using the only method that made me feel “whole,” if only for a minute—I would sneak cookies, bread, chips and crackers into my room and eat them until I was stuffed. I equated feeling “full” with feeling “loved.”

My weight continued to climb throughout elementary school. However, in seventh grade I realized how much I wanted to be a baton twirler in high school, and the sequined bathing suits the twirlers wore during the football games weren’t made for my current figure. I decided to take drastic measures. I stopped eating, started throwing up whenever I ate…and dropped 30 pounds in 3 months. Unfortunately, this drastic weight loss also coincided with becoming a teenager, so it was overlooked by most people as just “losing my baby fat.” However, I had developed a raging eating disorder. By the start of eight grade my skin was gray and my hair was falling out in clumps, something that is visible in my school photo that year.

I managed to get my eating disorder under control in college. Every once in a while it would rage back into my life, especially during stressful times. However, as I progressed from high school to college, and then beyond, I found myself reverting back to my childhood ways of dealing with stress by wanting to feel “full,” and I had to be careful to keep my weight in check during my clinicals, while preparing for my wedding, and after the birth of each of my kids.

I’ve stayed at a pretty healthy weight since the birth of my third kiddo seven years ago. When she was a year old I started running, and I ran my first marathon when she was 2 and ran 4 more in the next four years. Running 20+ miles a week pretty much allowed me to eat whatever I wanted, and so I did. Not the best eating habits, but it didn’t seem to matter.

In the fall of 2016 I ran my 5th marathon, and it was the only one I ever tried to run with an injury. My hip was hurting weeks before, but with plane tickets purchased, a hotel room booked and my running bestie by my side I was determined to run the Twin Cities Marathon. I started at mile one with my hip twinging, by mile 8 it was a full-on throb. Halfway through I told my friend to go on without me, and although I finished I knew that I had definitely messed up something in my leg. 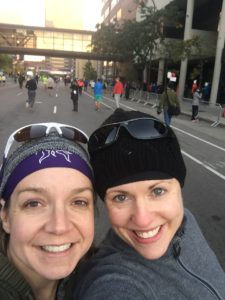 Me and one of my BFFs Kristi, before the Twin Cities Marathon in October 2016

I wasn’t able to run, or even walk more than a mile, for over a year. I wore a knee brace, I visited specialists. We discussed surgery–the doctors assured me if I just took it easy with no running or vigorous exercise it would heal in a year. I wasn’t ready to stop running. Running had been what had stabilized my mood swings, kept my calories in check, and helped me deal with the ever-increasing difficult situations that were happening in my current position at my job. Without running, I became a human version of the Smashing Pumpkins lyrics: “despite all my rage, I am still just a rat in a cage.” And the cage walls were about to close in.

By the fall of last year, I had put on 10 pounds. This might not sound like much, but I haven’t gained more than 5 pounds in almost 10 years, except for when I had my kids and then worked like heck to get the weight off. I’ve worn the same size clothes since college. September through October, I gained another 5. Here’s Christmas 2016, compared with Christmas 2017: 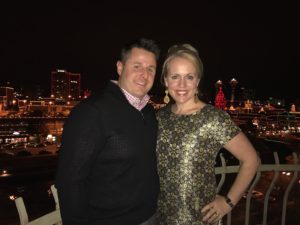 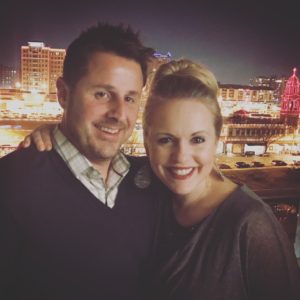 And it just kept going up. First my “skinny” jeans didn’t fit, then my regular jeans…and so on and so on until my wedding ring was too tight…and then my underwear was too tight. I got on the scale yesterday to find I had gained almost 30 pounds from my “healthy” weight 2 years ago. Whoa. That’s 20 percent of my body weight in 2 years. And I feel like crap. To get an idea, here’s two pictures of me, taken exactly a year apart on June 17 last year and this year. I definitely felt better in the top one, in the bottom one I am struggling to breathe because my strapless bra is so tight it is threatening to constrict me like a hungry mamba. 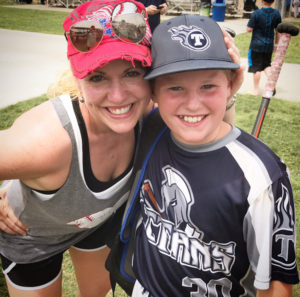 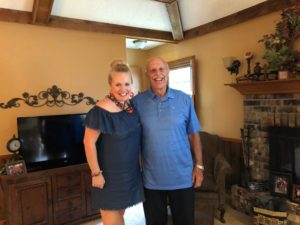 Here’s to Day One, and here’s to throwing away the Costco underwear! 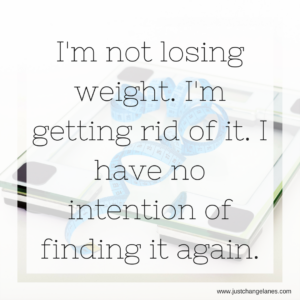 Anyone else want to join me on this journey? Always more fun and successful with friends! Comment/send me a PM and we can do this together!

This site uses Akismet to reduce spam. Learn how your comment data is processed.